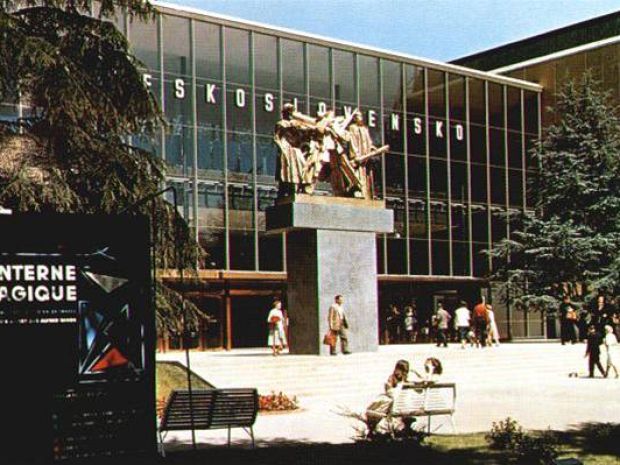 This was one of the greatest successes of our country in the global competition. Unexpectedly and as an exception the Czechoslovak pavilion was awarded in the overall ranking of the international competition with the top prize, the "Gold Star", plus thirteen other significant awards. The top prize was awarded on the basis of the high scoring of not only the technology used for the construction of the dismountable pavilions (steel skeleton) in combination with glass and plastics, but also the perfect interior furnished with original furniture, works of art and utility objects. The "Brussels style" captured the whole Czech society in the following years. Great success was enjoyed by Laterna magica – a dance stage performance combined with film projection. Its author was director Alfred Radok.

The pavilion consisted of two parts – a cubic entrance hall and an organically curved restaurant in the inside yard. In 1959 the Czechoslovak government decided to dismantle both structures in Brussels and to transfer them to Prague. Attractive plots were selected for that purpose – the main pavilion was assembled on the premises of the exhibition grounds in the Royal Game Park, while the restaurant was erected in an even better place at the boundary of Letná Park in Holešovice, thus immediately becoming one of the dominant features of the city skyline viewed from the centre. In 1991 the pavilion at the exhibition ground was completely burnt by fire and there was no interest in its renewal afterwards. The restaurant called Expo 58 provided excellent service in the seventies, but then began to be neglected and in the nineties, thanks to the "small privatisation", fell in the hands of speculators and became dilapidated for years. In 2000 the building was reconstructed for office use.