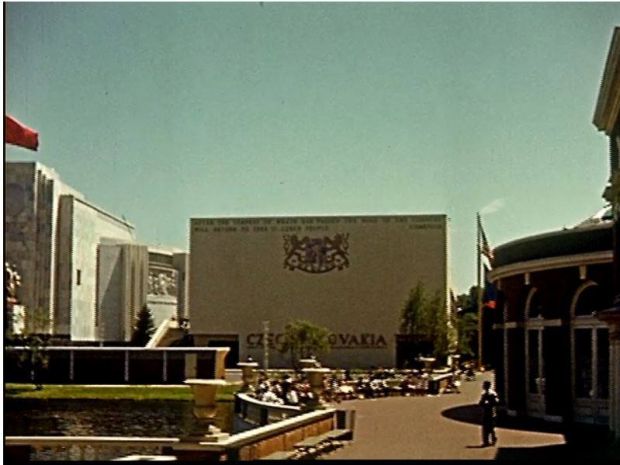 Already in 1938 a special committee flew around the world to obtain the greatest possible support for and promises of participation at the coming EXPO exhibition. The exhibition was opened on 30 April 1939, a mere two weeks after occupation of Czechoslovakia by the Nazis and four months before the outbreak of World War II. Germany did not participate at the exhibition at all.

The pavilion of the then non-existent Czechoslovakia was symbolically left unfinished, and although the exhibition continued into 1940, in that year the pavilion was closed for obvious reasons. The staff of the pavilion sought asylum in the USA and were permitted to stay.